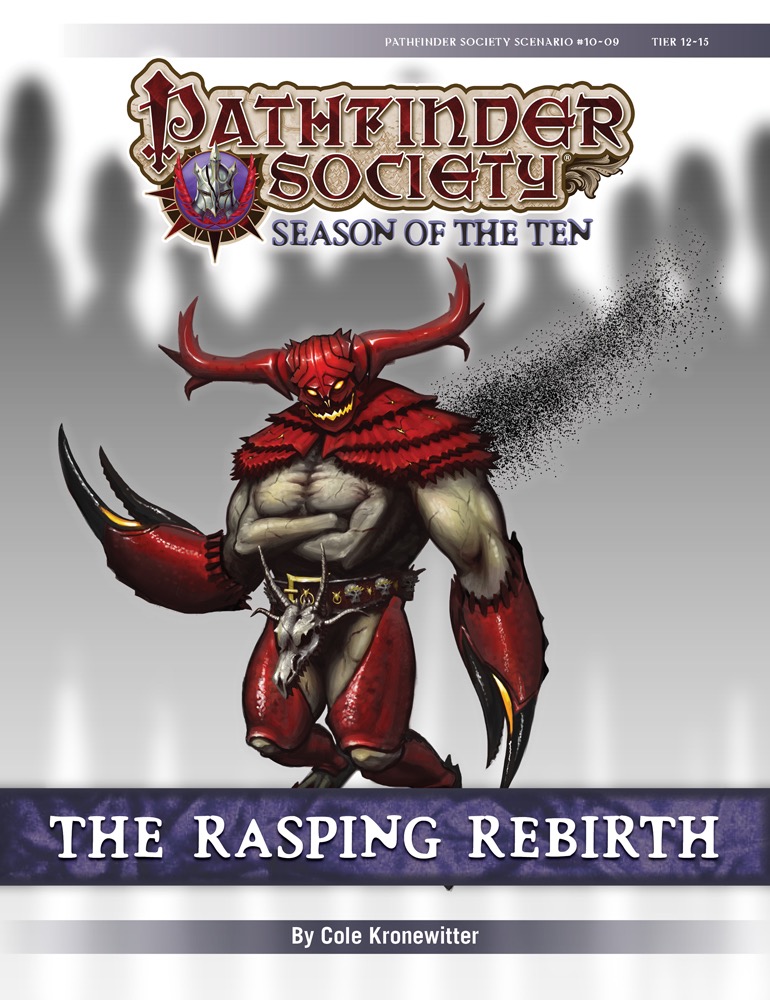 Over a century ago, hordes from the Abyss tore through a weak point in the Material Plane and surged forth onto Golarion, creating a corrupted and blighted land that would come to be known as the Worldwound. Legions of crusaders fought against the demonic incursion, containing it behind a wall of holy artifacts. In Pathfinder Society Season 5: Year of the Demon, forces bolstered by Pathfinder agents pushed back a demonic siege and even reclaimed land that had long languished under demonic control. The heroes of the Wrath of the Righteous Adventure Path finished the job, sealing the Worldwound and slaying the demon lord responsible for its creation, Deskari.

Yet the land where the rift to the Abyss once stood remains scarred and fragile, and on the Abyss itself, some artifacts and powers tied to Deskari remain unclaimed. One of the Pathfinder Society's most formidable enemies, the demon Koth'Vaul, is eager to seize upon these opportunities. Unless the PCs thwart him, Koth'Vaul's will become even more powerful than ever before, and wreak truly terrifying vengeance upon the Pathfinder Society.

Leandra will try to be there
Don